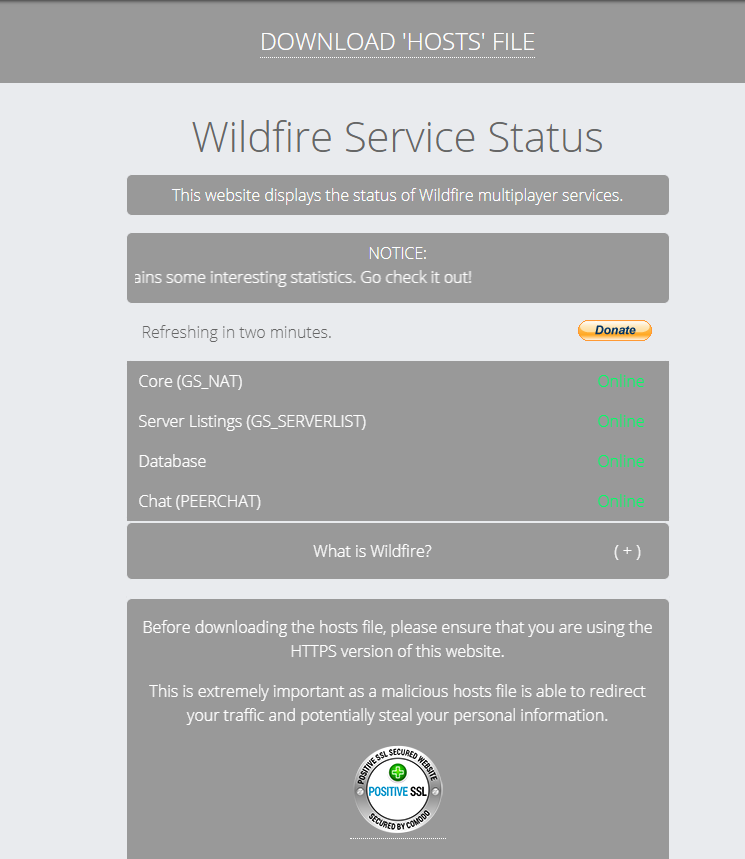 In May 2016 I launched the first version of Wildfire’s website (having spent the last couple of years existing as a single page on my old mgnconflict.co blog), which largely used the-then steamstat.us website as inspiration.
The website has been cached by the Internet Wayback Machine and is visible here.

This isn’t the first time the wfstat.us domain was used however, it had been in use for the Wildfire service since its inception due to “m.wfstat.us” being the exact length of the “gamespy.com” string that Crysis’ CryNetwork library pointed at for the GameSpy master server.

The site was primarily to display the service’s status along with providing a download for the modified system hosts file that was in use at that time (the modified CryNetwork library was distributed quietly off-site due to concerns surrounding copyright legislation).
This was a really simple website that utilised HTML, CSS, and JavaScript (with JQuery and timeago).

wfstat.us is still under my ownership to this day as an effort to protect users against potential scams if I were to allow the domain to expire.